You are here: Home / Internet / Now an app that detects Fake Facebook Accounts

We all know that Facebook is the most popular social networking service in the whole world with user base numbers going up in Billions. But along with rise of people there’s also a rise in number of fake Facebook accounts which is said to take 10% of the total Facebook accounts. These Facebook accounts are made either for fun, impersonating, fleecing other users of money or data and many such other reasons. Now there’s an app to detect these Fake Facebook Accounts.

A start-up from Israel has developed an application FakeOff to detect fake Facebook accounts. According to the report published here FakeOff helps to identify fake accounts on Facebook and has been active for over 2 months and with user base spanning over 15,000. 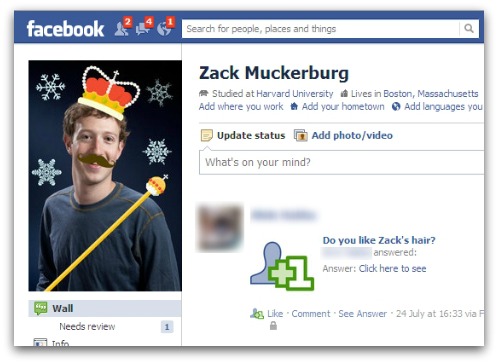 This is what FakeOff creator Eliran Shachar has to say, “Recent statistics show that at least 10 per cent of about 1.35 billion Facebook users are not authentic. Besides, there are millions of users who create fake identities and appear as regular users.” FakeOff divides fake Facebook accounts into different groups and rank them in a scale of 1-10 depending on its credibility score. These groups are differentiated as criminals, commercial and psychological, that can risk reputations (identity theft), children (paedophiles and ***ual abuse), property (home break-ins) and personal safety by using a sophisticated algorithm to detect behaviour of facebook accounts in a span of 365 days and ranks them accordingly.

Must Read: How to Secure your Facebook Profile for Maximum Protection

The Israeli start-up estimated that upto 7.9 percents account are duplicate, upto 2.1 percent are user-misclassified and upto 1.2 percent are undesirable. Facebook has an active monthly user base of 1.19 Billion..