You are here: Home / Gadgets / Micromax Yu Yureka – 7 Reasons to Absolutely Go For It

What is CyanogenMod? Why should you bother?

CyanogenMod is a free, open-source and community build version of Android which is highly customized by community developers whose main focus is to boost performance of a device. Steve Kodnik is the founder of CyanogenMod and the company started as an open-source Android development project on GitHub (a mecca for open-source developers). What CyanogenMod does is, it takes the usual version of Android and modifies it according to its taste by giving boost to performance, removing bloatware and puts high emphasis on user-end modification.

It releases Moded Android OS for all kinds of popular Android Devices and now has partnered with the Indian company to collaboratively launch Micromax Yu Yureka. CyanogenMod to Android smartphones is like what Linux is to the PC, it gives power in the hands of consumers by offering a 100% open-source environment. Now lets get down to 7 reasons why Micromax Yu Yureka is the perfect Smartphone for you!

#1 – Powerful Processor with Plenty of RAM

The Oneplus One comes powered with a Snapdragon 801 Chipset, whereas the Micromax Yu Yureka comes along with Snapdragon 615 Chipset clocked at 1.5 GHz which the company touts be 44% faster than Snapdragon 801.

Since Oneplus Plus costs twice that of Micromax Yu Yureka, it does makes sense vying for Yu. 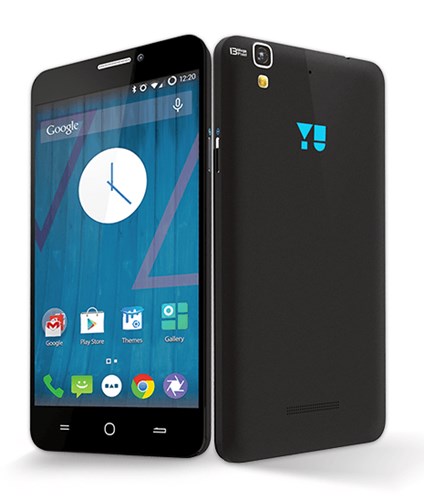 Along with a powerful processor, the company also has added 2GB RAM to the equation; a first for an Android Smartphone under Rs. 9,000 which gives you greater bang for your buck along with 16GB internal memory and support for 32GB MicroSD card. Well we even have an affordable Asus Zenfone 5 coming with 2GB at just Rs.9,999 if you want options.

“A Powerful Processor along with Plenty of RAM gives Micromax Yu Yureka a better stand among similar smartphones under the same price bracket.”

If you have no idea about CyanogenMod, you really wouldn’t understand my excitement with this product. This alone is the USP of Micromax Yu Yureka.

This definitely could be the only resonating reason for huge sales for this phone as the company along with Amazon.in is planning for a flash sale for this smartphone, just like what Flipkart did with Xiaomi.

We hope, Amazon.in handles it better than Flipkart, though pre-registration for the phone has already started and will be sold on 13th January, 2015 @ 2PM.

“The phone is touted to receive monthly updates from CyanogenMod and will surely receive CyanogenMod OS 12 update based on Android Lollipop 5.0”

This is the only smartphone under Rs. 10,000 that will support 4G LTE once it is launched.

It feels great that the company is leaving no stones un-turned to make Micromax Yu Yureka better choice for a price of less than Rs. 10,000.

We won’t think that will be too long that Indian carriers come blazing with 4G once this phone is launched.

“We’ve seen 4G LTE only in smartphones not under our budget, Micromax Yu Yureka is changing those terms now.”

#4 – Brilliant Camera on Back as well as on Front

Even though Micromax Yu Yureka is ultra-affordable, the company hasn’t compromised on optics. 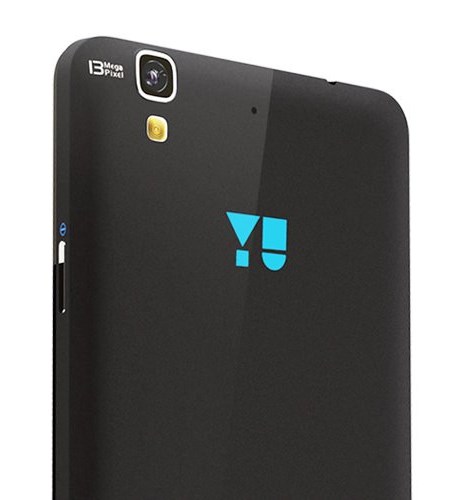 The primary camera consists of 5-piece Blue Lens Architecture, embedded with a SONY EXMOR IMX135 CMOS Sensor and has a 75.4 degree wide angled lens which will offers good color reproduction at affordable price.

It can shoot 1080p videos at 24fps and record Slo-Mo videos at 60fps though at a lesser resolution.

The in-built camera app has support for live-filters, Exposure control and Burst Mode.

“I don’t think we can expect more from Micromax Yu Yureka camera department for a smartphone under 10000 Rupees.”

Yeah! you read it right. If the experimenter in you was adamant to root a smartphone since it voids warranty; no worries now.

Micromax has announced that warranty won’t be void even if you root your smartphone.

Since CyanogenMod is an open-source Android Development community, this is an important move by the Indian company. This means you can do anything to your smartphone on the software front and still claim for warranty.

“The best part however is, Micromax will offer at-your-doorstep (on-site) warranty for Micromax Yu Yureka, this means you don’t have to search for Micromax Service Centre if your phone starts acting weird. This service is however available only for smartphones under Yu Series.”

CyanogenMod OS is all about user-specific customization. The phone will allow you to set on your own the functions a hardware or software button may perform.

You can even chose what the phone will do if you single-tap or double-tap on screen. One can even set custom gestures on his/her Micromax Yu Yureka.

“If you’re the kind of person who likes to tinker every now-and-then with your smartphone, Micromax Yu Yureka is meant for you! Do anything you want with it (on software front) and Micromax will cover it under warranty.”

Though I have revealed its priced a number of times above, it’s still a major factor for buying this devices.

It’s very hard to see a smartphone which is feature-packed to the brim at such an affordable price of Rs. 8,999.

I though only my Asus Zenfone 5 was an affordable piece of hardware but Micromax Yu Yureka has certainly changed that.

Though still I’ve kept my thoughts on reserve until I test this device hands-on.

Still considering what we know, Micromax Yu Yureka definitely will be a hot topic in the coming month and during its launch.

Conclusion: This smartphone definitely deserves a buzz it’s creating in the market. Considering the price-to-features ratio it seems the best. Though I’d still like to hold my excitement as what looks great on paper may not be the same in real life.

Let me know your thoughts about the device in the comments section.