You are here: Home / Gadgets / Why Nokia Lumia 525 should be your next Smartphone

Just with the start of this month Nokia launched a lot of new Lumia handsets to the market. One of the handsets which made big headlines was Nokia Lumia 525 which is successor to the most popular budget Nokia Lumia 520. Nokia Lumia 520 had launched with a decent price and was bound to be a success with less than ₹10,000 smartphone and is still selling hot. Riding on the popularity of Lumia 520 Nokia announced the next budget Lumia 525 which has a price just above ₹10,000; to be exact its MRP is ₹10,399 as listed on Nokia’s official website. Below I’ve posted the best reasons to buy Nokia Lumia 525.

OK! So what are its features and specs of Nokia Lumia 525?

Nokia Lumia 525 comes with a quality specs much better than you can get from other Android cellphones at this price point. The most notable features are listed below: 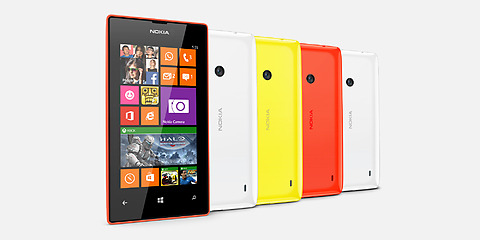 To check complete specifications of Nokia Lumia 525 you can check here.

Qualcomm Snapdragon MSM8227 is dual core processor which is found in many Android phones and now comes to Nokia Lumia 525, since Nokia provides best hardware and software integration so you can expect great performance from your device. With this processor in your Lumia device you can get super smooth experience and almost lag-free experience which haunts most Android Smartphones.

This is the best reason to ditch similar priced Android smartphones and buy the Nokia Lumia 525. The reason which was responsible for the low sales of Nokia Lumia 620 and Lumia 720 was 512MB RAM which limited the play of high-end graphic intensive games on the Windows 8 Mobile platform. With Nokia Lumia 525 sporting a 1GB RAM you play every game available on the Windows 8 Mobile OS marketplace. So now you’d be able to play high-end games like Assassins Creed, Final Fantasy III, Real Racing 2, Mirror’s Edge.

But there’s a catch though. These games are only available if you buy it from select network operators which are Airtel India, Vodafone India, Aircel, Reliance Communications, Idea Cellular. you check the full news about this offer here. 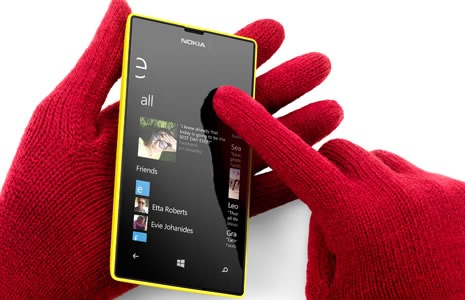 This is a feature which is found in most premium Nokia Lumia Smartphones like 820,920 and 925. So you would be able to use the cellphone even if you’re wearing gloves of any kind. You can try it in your current smartphone like wrap your finger around a cloth and try to scroll your screen; guess what you won’t be able to do it even if its an high-end Android smartphone, so just imagine your Nokia Lumia 525 can do it. Below is an excellent example of Nokia’s super sensitive display with the Nokia Lumia 920.

To know more about Nokia Lumia 525 you can check its review on here and here. You can even check its unboxing below too.

If you have any suggestions do let us know in the comments section. Do you disagree with my opinion let me know. If you liked it then don’t forget to share it on Facebook, Twitter & Google+.