Welcome to our another installment of top five best smartphones in India series. This list is about smartphones under 20000 rupees in India. As I have said in my earlier articles, I’ll say it again the process that went under choosing smartphones here. I went to a local electronics store and spent quality time playing with the smartphones featured in this list. I even went across article reviews, video reviews to know what other professional reviewers had to say about these smartphones.

Based on that I’ve made sure I come with a detailed article which will help you choose your next smartphone; not just based on the price tag but also on built quality, screen quality, processing power, OS and UI performance and more. Since India is a price sensitive country, I even had to make sure that the featured smartphones under 20000 offer bang for each buck paid.

So without much adieu, here we roll!

Only with a very heavy heart I’ve convinced myself to put Samsung Galaxy Grand 2 in my list of best smartphones under 20000 Rupees.

To be true of a fact, the phone looks very bland in pictures but in reality it looks not as much bland. The phone feels very comfortable to hold and easily fits in hands even if it has 5.2 inches screen due to smaller edges. 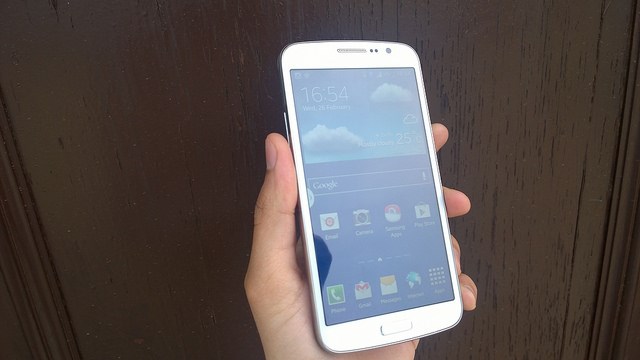 Inside this smartphone under 20000 has a 1.2 GHz Qualcomm Snapdragon 400 Quad Core Chipset along with 1.5GB of RAM. The internal memory is 8GB and can be expanded upto 32GB via micro SD card.

Samsung Galaxy Grand 2 has 8MP primary camera whereas a 1.9MP front facing camera along with couple of sensors.

The screen is 5.25 inches TFT HD screen with a resolution of 1270 X 720 gunning pixel density of 280ppi. The screen on Samsung Galaxy Grand 2 has great sunlight legibility when used in full brightness.

The software here is Android Jellybean 4.3 but can be upgraded to Android Kitkat 4.4.2. via FOTA out fo the box. The battery on Samsung Galaxy Grand is 2600mAh.

“Samsung Galaxy Grand 2 is really a great preposition for list of smartphones under 20000 Rupees. Though it’s got Android Jellybean 4.3, we still have Quad Core CPU and expandable memory in its arsenal. Though the screen is not IPS grade and comes without Gorilla Glass it still performs very well. You may see some lags here and there but all-in-all Samsung Galaxy Grand 2 is really a sweet package for smartphone under 20000.”

Its been around 3 months for HTC Desire 816G in the Indian Market. But still it makes a great buy for smartphone under 20000 rupees.

It has exceptional built quality for smartphone under 20000 rupees budget. It even has stronger looking specs sheet. HTC Desire 816G is fitted with 1.3GHz Quad Core Mediatek MT6582 CPU coupled with 1GB of RAM, moreover chipset even comes with Mali-400MP2 GPU.

Its got an 8GB of internal memory and expandable upto 32GB.

The primary camera is 13MP and is capable of shooting Full-HD 1080p videos. While the front camera is 5MP.

“Though a little old, HTC Desire 816G can still beat the hell out of any smartphones under 20000 mark. Its got a beautiful HD screen, solid body and 13MP camera. It comes with a decent battery and HTC Sense UI 6.0 is its USP.”

Due to its aggressive advertisements, you might have heard about Gionee by now. Gionee set up its base in India in late 2012 and since then has been churning out incredible smartphones and Gionee Elife E7 Mini is no exception.

For shutterbugs, this phone has a 13MP camera with LED flash capable of Full HD video recording. But the camera on this smartphone is unusual. Just like the Oppo N1, Gionee Elife E7 Mini too has a 208° rotating camera. So you get a 13MP back camera whereas a 13MP front camera. This could start a whole new selfie war.

While taking a selfie, the LED flash won’t fire as a safety reason. With flash on, it could leave you blinded for couple of seconds. Gook Work Gionee!

The screen is 4.7 inches 1280 X 720p HD screen which offers pixel density of 312ppi. The phone comes bundled with Android JellyBean 4.4 and is heavily skinned by Gionee’s Amigo OS 2.0. Gionee Elife E7 Mini body feels sturdier and is made out of polycarbonate.

It weight around 143 grams with a non removable 2200 mAh polymer battery whereas the GPU inside is Mali-450MP4.

“Gionee Elife E7 Mini is not just a looker but a great performer too. Even the camera thing is enough to show off your friends. The octa-core processor does a great job even though bundled with 1GB RAM. Games are a pleasure to play on it’s IGZO-IPS display which offers crisp colors and saves battery too. Though the name isn’t huge but clearly the smartphone is. The Amigo OS has an iOS like feel but can get boring pretty quick.”

Would you love if I tell you a little secret? My secret of making quick money online? You can easily utilize this trick to earn some pretty cool cash very quickly. This can help you buy a smartphone featured in this list. So do check out this article and since this is a secret, don’t tell anybody about this.

If someone is talking about smartphones under 20000 rupees and it doesn’t include this phone. Then get a hint that he’s drunk. This phone made news even before its launch and made headlines after it launched. It really stood upto the expectation of reviewers all around the world.

Along with great built quality its got 1.7 GHz Octa Core Kirin Processor under its hood. It comes along with 3GB RAM and is available in 16GB model. Upto 64GB expandable memory is available.

Its got a 13MP primary camera with flash and a 5MP front camera.

The built quality you get on this phone is exceptional and is hardly seen in smartphones under 20000 rupees. Its got an 5 inches full-HD screen with a resolution of 1920 X 1080 pixels. This offers a mammoth 441ppi pixel density for a mid-range budget smartphone.

The phone is pocketable and easy to hold. It has got a satisfying grip and wont feel like falling from your hands. Reviewers have also listed Huawei Honor 6 as the best gaming smartphone under 20000 rupees.

It can eventually play any game you throw at it from Google’s Play Store. The phone comes built in with Android Kitkat 4.4.2 and promise of early Android OS updates. Huawei comes with 3000 mAh battery to fuel this barbarian of a smartphone.

“Even if you buy this phone with closed eyes, you really can’t go wrong with Huawei Honor 6. It offers a noteworthy build quality along with remarkable specs in comparison to smartphones under 20000. It even offers FHD display with 441 ppi protected by Gorilla Glass 3. There’s no negative I can talk about this beast of a smartphone.”

Are you shocked? Yes! you should be. To tell the truth I’ve fallen in love with Lenovo Vibe X2. You really wouldn’t get a smartphone under 20000 as stunning and spectacular as the X2.

Lenovo X2 has a 2 GHz Mediatek MT6595M Octa-Core CPU along with 2GB of RAM. Its got 32GB of internal memory and as usual no hope for expandable memory.

The camera is 13MP capable of shooting 1080p videos along with 5MP front camera.

The screen is 5 inch Full HD Super AMOLED screen with a resolution of 1920 X 1080 pixels and offers pixel density of 441 ppi. The phone comes pre-installed with Android Jellybean 4.4 OS, heavily skinned with Lenovo’s own offering.

The main USP of this smartphone is its layered design. To reveal a fact, Gionee Elife S5.5 mini is made up of several layers which is one of a kind modern Android Smartphone.

Talking about the design, the phone has aluminium bezel and back This really looks premium unlike the Samsung Galaxy S5’s plastic design.

The battery included is 2300mAh which is sort of a disappointment. The phone comes with 4G LTE with support for micro-SIM and Nano SIM

“I really love what Levono is offering with Vibe X2. Its got most of the things right like very slim form factor, premium looks and great aesthetics. There are not many phones that impress me but Lenovo Vibe X2 just did. For sure this smartphones looks much better in design than Samsung Galaxy S5. All-in-all this is one of the great smartphones under 20000 rupees.”

I certainly believe you would have liked the list and you would have unlocked the First Position. I’ve tried my best to include the best smartphone in this price sensitive segment.

If you do have any complains about the list, make sure you leave a comment below. Or any other smartphone you believe should have fit the bill? Let me know. Don’t forget to share.