You are here: Home / Gadgets / World’s slimmest smartphone to be launched in India

But all this will be laid to dust after Chinese Smartphone Maker Gionee launches its own World’s Slimmest Smartphone Gionee Elife S5.5 where the 5.5 in the model name doesn’t depicts Screen Size as the Conventional Wisdom says but 5.5 in the model number depicts the thickness of the smartphone which is just 5.5mm (so using this phone will be nearly equivalent to holding a Dairy Milk Chocolate). 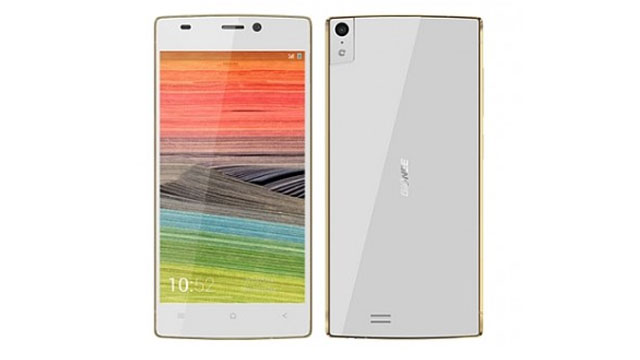 Not just that USP of the phone is thickness of 5.5mm and the World’s Slimmest Smartphone Crown, this device packs in lot of features. Gionee Elife S5.5 comes with a full-HD Super AMOLED Display and has a screen size of 5inches. The Phone comes with a 13 Megapixel Camera at the back and the front of the phone hosts a 5 Megapixel Camera. Under the hood Elife S5.5 comes with a powerful Octa-Core Processor running at a frequency of 1.7GHz but the chipset is yet to be specified but Internet Sleuth expect it to come with Mediatek’s MTK6592 Chipset which is featured in almost all Chinese phones coming with Octa-Core processor.

Must Read: Micromax Canvas A94 pays you to watch Ads

The other features of the phones are 2GB RAM with 16GB Internal Memory, We still have no reports if the phone might come with an expandable memory card slot. Gioness Elife S5.5 will come with Android JellyBean v4.2 which will be heavily skinned by Gionee’s Amiga OS 2.0. The other features are HSDPA, HSUPA, Bluetooth v4.0 with A2DP and support for A-GPS while the battery is 2300mAh and non-removable.

Do share this post with your friends on popular social networking sites Facebook, Twitter and Google. Do let us know your views in the comments sections because AllTechTrix loves to hear from its users.