Hello Folks, In India we all always keep buying new stuffs each and every new day. In India we have a huge list of festivals all round the year. So every festival day is considered auspicious to buy something new. While some people love to invest in gold and properties. Technology freaks like us don’t even care about it. Every now and then geeks like us need reason to keep buying new electronic gadgets. So if there’s a festival coming up and you have ₹10,000 to spare to buy new electronic gadgets. I’ve listed here a comprehensive which will help you give bang for the buck electronic gadgets under ₹10,000. 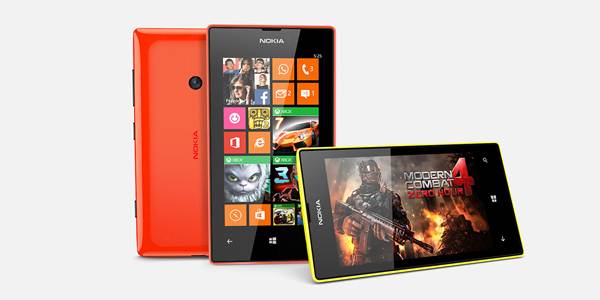 I have even written an article, Why Nokia Lumia 525 should be your next smartphone. You can check out the article here. For a ₹10,000 you get so much in a smartphone.

You can always be sure about Nokia’s quality. It does comes with Windows 8 Phone OS. Nokia Lumia 525 also has very sensitive screen. Which means you use it even with gloves on.

For ₹10,000 you get a Snapdragon Dual Core Processor, 1 GB of RAM, (Nokia Lumia 520 featured 512MB of RAM) which means you can run games which aren’t even supported on its costly counterparts like Nokia Lumia 620 and Nokia Lumia 720. 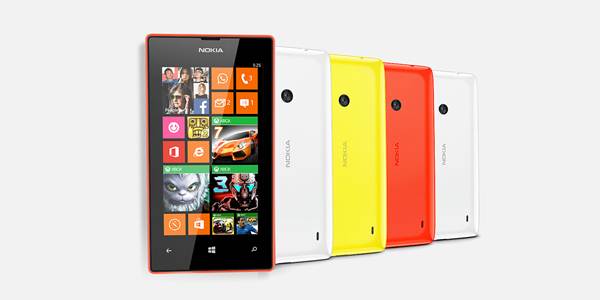 You even get a 5MP camera but without flash. Front-facing camera is also absent on Nokia Lumia 525 which I think isn’t a big deal, due to low to very negligible usage of front cameras.

The screen size is 4inches with a resolution of 800X480. You even get 8GB internal memory with expandable up to a whopping 64GB.

The phone is pretty light considering it weighs only 124g and its 1430mAH battery offers 336 hrs stand by time with 3G on which is pretty awesome if you ask me.

BUY from Flipkart
BUY from Amazon India
BUY from Snapdeal

Well if Google Nexus 7 2012 was available, It would have definitely featured on the list. But since Google stopped its production I have this almost identical tablet (read specifications) to Google Nexus 7; the Xolo Play Tab 7.0 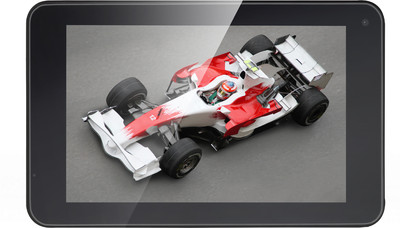 Xolo’s tablet has internals all similar to Google Nexus 7 2012. It comes with a 1.2 GHz Nvidia Tegra 3 Quad Core Processor with a 5th core for battery saving, along with 1GB DDR3L RAM (Here L means low voltage, which means low power consumption). It even has 12-core graphic processor. So expect better graphics than the Mali’s and Adreno’s. 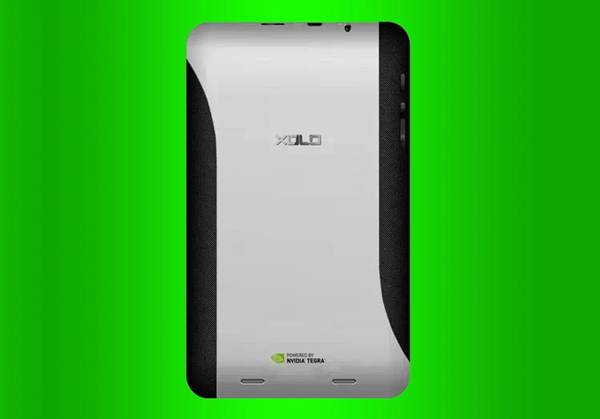 Xolo’s tab gets power from a 4000mAh battery. The only downside here is, the tablet comes with Android Jellybean 4.1. Even there isnt’t any quality support from Xolo which is also a downgrade too.

But that should stop you from buying a tablet as cool as Xolo Play Tab 7.0 and at a price of ₹6,999 it surely makes justice to what it offers.

No wonder if there was one camera brand I was going to suggest here. It would definitely be Canon. Canon Powershot range has cameras starting from as low as ₹4,500. Here the Canon PowerShot A3500 is a definite choice if you’re out to buy a camera under a budget of ₹10,000.

It has a lens of 16 Megapixels which shoot pictures at max resolution of 4608 x 2592 (Widescreen) and 3264 x 2448 (Square). The Canon PowerShot A3500 features an Intelligent Image Stabilization system which helps it to take clear picture during shakes, thereby reducing blur. 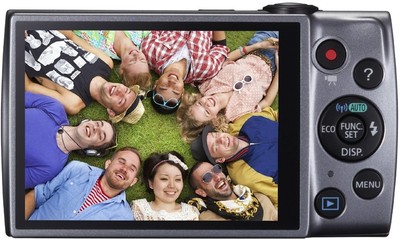 It even has an Eco Mode which helps to conserve battery when the camera is not operational. Your Canon PowerShot A3500 comes with a 3-inch TFT LCD and has a decent 5X optical zoom. The total weight of the camera is 134g which is pretty light weight. I personally use Canon PowerShot A2300 and I must say they are pretty much resistant to falls and drops.

All-in-all Canon PowerShot A3500 could be your perfect partner, if you need a Point-and-Shoot camera just under ₹10,000

If you really want something that is worth your every penny. Then Harman Kardon’s Soundsticks III are the way to go. Just by the picture I know you’d say, they look very very cool. Indeed they look very cool. 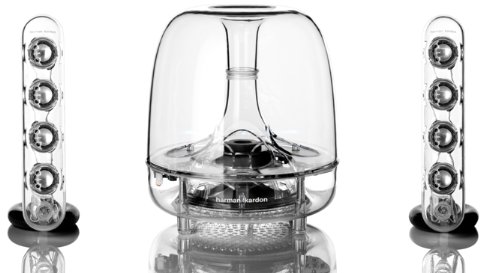 If you are possessive about every little detail in a song. Trust me Harman Kardon Soundsticks III will deliver it. Now from the picture you could think the speakers are made of glass. But no they aren’t; Harman Kardon Soundsticks III are made of clear polycarbonate which is uniformly transparent; use of polycarbonate even makes it very lightweight too.

It has a total RMS of 65W which is very much enough to fill a large room with pure Harman Kardon sound. It even has amplifier built inside with RMS of 10W per channel. 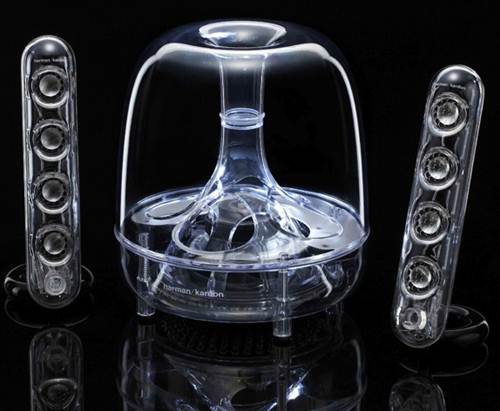 The buttons of Harman Kardon Soundsticks III are touch sensitive. This speaker is very much compatible with every device is you own. Be it a computer, laptop, iPod, Smartphone; almost anything.

This speaker is surely your best buy compared to price performance ratio under ₹10,000.

Before you look for the price of Audio Technica ATH-M50. Let me tell you if you are ready to shell out ₹10,000 on a headphone; make sure you buy something that gives bang to your every hard earned buck. 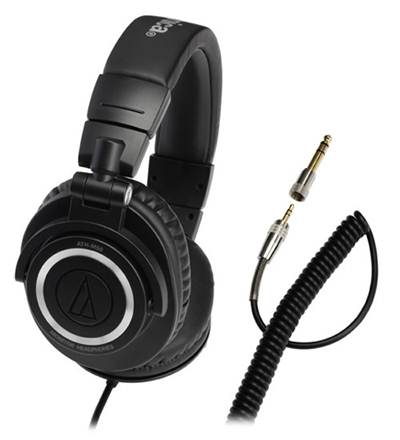 Audio Technica ATH-M50 are an audiophile grade product. It’s meant for audio professional which means it provides very detailed sound. Headphones from other brands like Sennheiser or Skullcandy don’t stand a chance against Audio Technica ATH-M50. Yeah! Trust Me, they don’t.

It is an over-the-ear Circumaural closed headphones. These headphones blocks out almost all ambient noise so you listen to what you really want to hear. 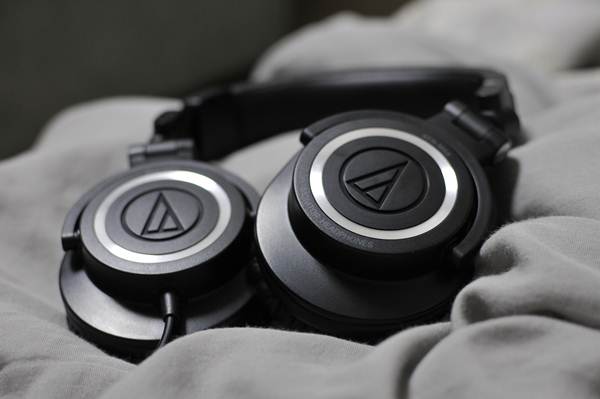 These headphones have a huge 45mm driver unit and provide an amazing sound with the presence of Neodymium magnet. The headphones wires are pretty long i.e. 3m in length. It comes with a 3.5mm gold plated jack along with 6.3mm snap-on adaptor.

IMPORTANT: Hello Folks, I do not guarantee the price listed for electronic gadgets here are going to stay the same forever. The products are sold by third party and AllTechTrix has no control over the prices stated on the e-commerce site. For best experience its better to visit the seller’s website and check all details and price before you buy.